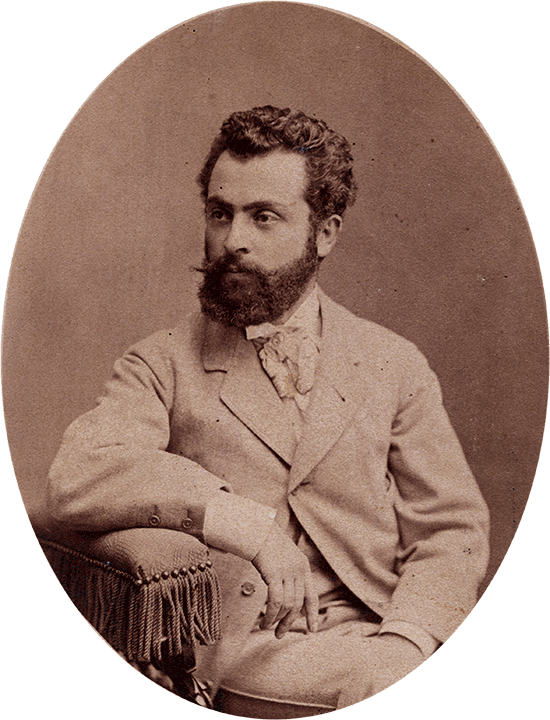 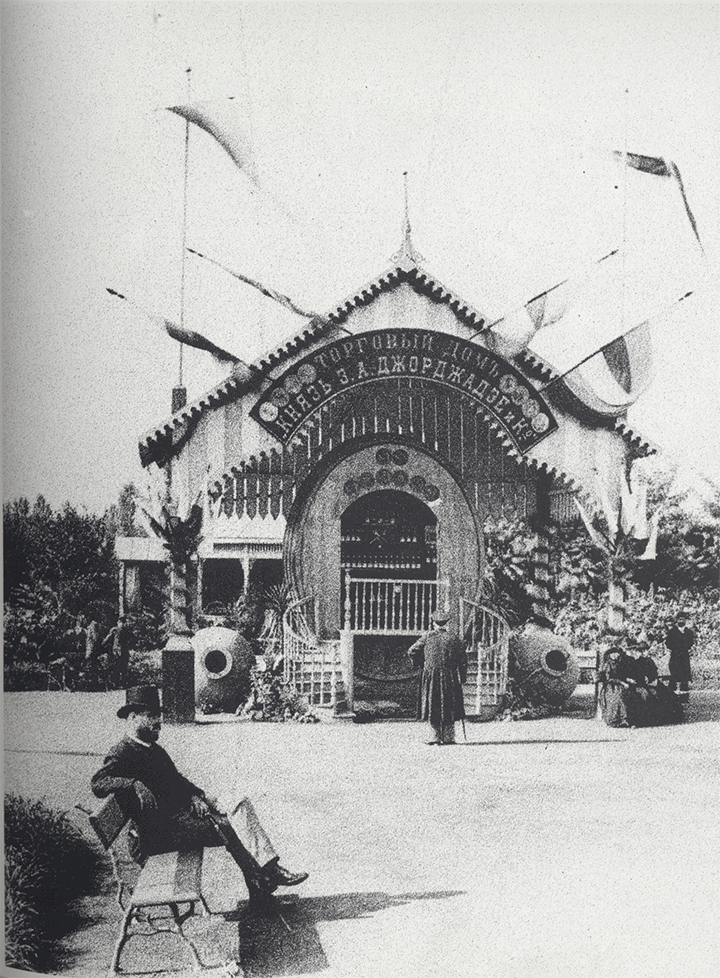 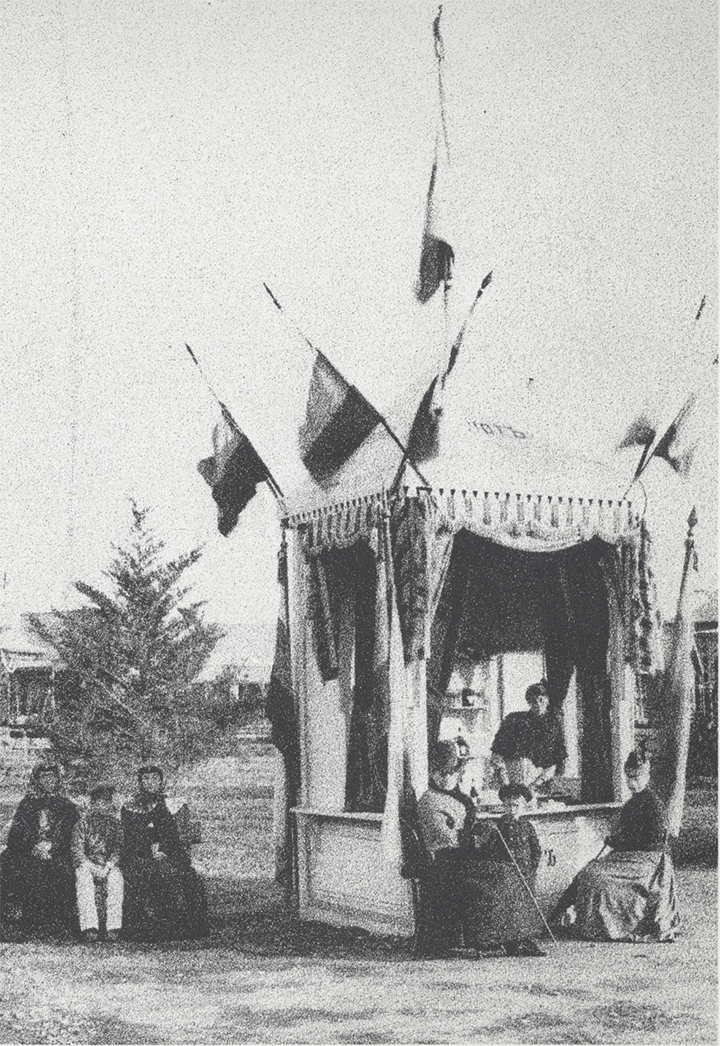 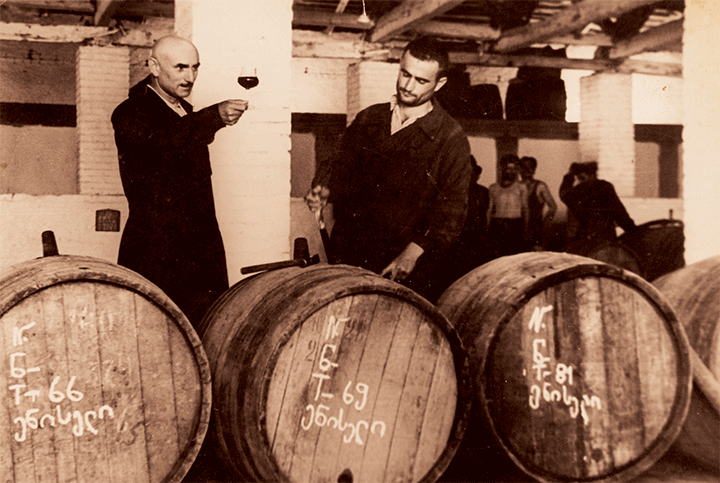 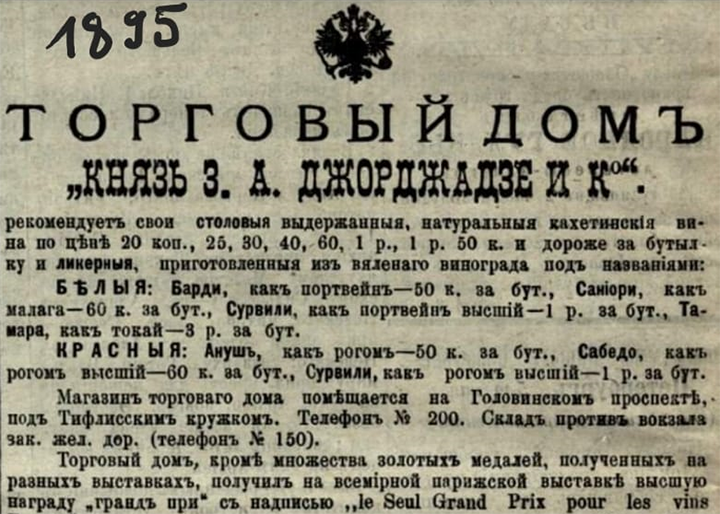 Eniseli Bagrationi, reestablished on the wine cellar that once belonged to the prominent Georgian entrepreneur and public figure Zakaria Jorjadze, has been in operation since 2003.

The company was founded by the descendants of Zakaria Jorjadze, namely, the Bagrationi family, who is also the company’s owner.

The 150-year-long history of production is closely tied with Zakaria Jorjadze’s legacy. Jorjadze was one of the first people who took Georgian wine to Europe, making Georgian grapes famous.

Zakaria Jorjadze was born in 1847 in Village Sabue, Kvareli Mazra in a noble family. He received a specialized education at leading winemaking centers—the University of Klosterneuburg (Austria) and Montpelier (France).

After graduation, Joradze started working in a wine cellar in the town of Dublig outside of Vienna in 1875. Upon his return to Georgia, Zakaria started a commerce firm “Prince Z.A. Jorjadze and Company”, and apart from winemaking, he also invested tremendous effort and energy in developing the production of cognac in Georgia.

In 1882, Zakaria Jorjadze established a wine cellar in the Village of Sabue, Kakheti. Modern research suggests that his wine met the European standard of the time. The west wing of the cellar housed different kinds of Kakhetian wine, while the east wing was designated for European varieties, which were successfully exported to Russia and other countries (by that time, “Prince Z.A. Jorjadze and Company’’ already owned wine warehouses in Moscow, Petersburg, Odessa, and other cities).

Zakaria Jorjadze was one of the first people to establish the practice of purchasing grapes from farmers and producing wine with European techniques. It was the European style wine made in the very wine cellar in Sabue that Jorjadze’s company showcased at the World Agriculture Fair in 1888 in Brussels, where it was awarded a gold medal.

As the honorable chairman of the Caucasian Agriculture Society, Zakaria Jorjadze, alongside Ilia Chavchavadze, worked on the development of viticulture and winemaking, which he considered to be among the most important preconditions for developing the country’s economy. Zakaria wrote numerous articles for the Georgian press on the theoretical and practical facets of winemaking. He took part in agriculture and entrepreneurship exhibitions in the Caucasus and Transcaucasia. Zakaria Jorjadze stood up against wine falsification. He also gave a speech at a winemaking convention in Petersburg, the manuscript of which is stored at the Ilia Chavchavadze State Museum in Kvareli.